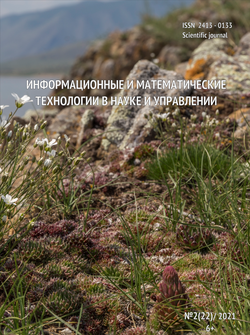 The opportunity of a mathematical explanation of modern socio-political events in the Russian Federation and abroad is discussed. It reveals hidden patterns of stratification and isolation of society at all levels of its organization. New models of remote interaction are being formed: communication of different social strata, combining them into complexes of networks of information and functional connections. These laws are described in a through manner at different scales by meta-theoretical models and bundle methods using universal mathematical equations, axiomatic theory of activity and sustainable development, which combines the ethical, legal and political aspects of coexistence. The content interpretation of the formal approach is based on the ideas of the transcendental argumentation of I. Kant as the author of moral categorical imperative and the concept of the rule of law and political philosophy. An unconditional idea of a stable world order is formed, which is taken as social law expressing an ideal prototype of the future and the basis for predicting progressive forms of political activity

The article presents the results of research in the framework of the implementation of the strategic directions of the Engineering Center for Digital Environment Technologies to ensure the integrated security of telecommunications, communications and energy efficiency of the Oryol State University named after I.S. Turgenev. The issue of the functioning of peripheral agricultural facilities in conditions of limited energy resources, which is relevant for the agricultural sector, is considered. A scientific approach using mathematical modeling is proposed.

The work presents review of 10 Internet resources that can be used to find data for different tasks related to machine learning and artificial intelligence. There were examined some popular sites (like Kaggle, Registry of Open Data on AWS) and some less known and specific ones (like The Big Bad NLP Database, Common Crawl). All included resources provide free access to data. Moreover in most cases registration is not needed for data access. Main features are specified for every examined resource, including regarding data search and access. The following sites are included in the review: Kaggle, Google Research, Microsoft Research Open Data, Registry of Open Data on AWS, Harvard Dataverse Repository, Zenodo, Open Data portal of the Russian Federation, World Bank, The Big Bad NLP Database, Common Crawl.

The conditions for loading reflector antennas with air flow and thermal effects are considered, taking into account the variability of the spatial position of the structure. A concept is proposed for constructing digital models of the loading of a large-sized precision antenna for ground-based satellite communication systems. Possibilities of their integration into decision-making contours for intelligent support of the operation stage have been determined.

The research field is ontological data analysis, which consists in the construction of formal ontologies based on empirical data on semi-structured subject domains. The subject of the research is the normalization of the empirical VTF-context - a non-strict correspondence "objects-properties" - with properties existence constraints. The research objective is to develop a numerical method that implements a heuristic approach to the normalization of empirical contexts. The work uses the methods of the theory of sets and binary relations, models and methods of formal concept analysis, as well as the existing methodology for applying the properties existence constraints to construct formal ontologies. The difference and novelty of the proposed method consists in the more efficient implementation of the heuristic approach by representing the system of measured properties - the set of properties fixed in the objects of the studied subject domain with the existence constraints on it - as a set of substructures that are homogeneous in the form of existential relation of member properties.

To date, the use of a number of models for diagnosing the state of an enterprise is impractical in the conditions of the Russian economy for the following reasons. First, the use of different models leads to conflicting results. Secondly, the predictive accuracy of the models is significantly reduced when using data for the analysis of the financial condition of several years before bankruptcy. Thirdly, foreign models do not take into account the specifics of the economic situation and the organization of entrepreneurship in Russia, which differ, among other things, in the systems of accounting and tax legislation, which is reflected both in the set of factor-signs and in the weight coefficients for them. Fourth, the models use data for one year, and do not take into account changes in indicators over several years. Fifth, the existing models use in their analysis a limited range of indicators that determine liquidity, solvency, profitability and, as a rule, are extended or modified Western models of the 60–80s. XX century. The range of factors that determine the risk of losing the degree of stability is much larger, this necessitates the improvement of models for its assessment by expanding it with additional parameters.

The problem of finding the optimal power spectrum of nuclear reactors for the projecting power system for the whole country is presented. It considers a large contribution of NPP and formalized in the form of a multicriteria optimization problem. Potential damage reduction from various risk factors and construction costs at maximum power generation is estimated. The genetic algorithm is proposed as solver algorithm. Recommendations are given for optimizing the power range of reactor plants on the basis of the performed calculations and reduce the overall risks of NPP operation during strategic planning

The study is devoted to mathematical modeling of the situation of competitive presence within the framework of a market duopoly. The situation of pure competition and the variant of mutual awareness of the competitor's strategy is considered. The results of the study are of practical importance for the activities of the Engineering Center for Digital Environment Technologies to ensure the integrated security of telecommunications, communications and energy efficiency of the Oryol State University. I.S. Turgenev. The main provisions can be applied when choosing a strategy of behavior in the market of strategically important innovative products. The materials and mathematical model presented in the frame-work of this research, developed in accordance with the program of activities of the Engineering Center, created on the basis of the OSU named after I.S. Turgenev, in the direction of digital environment technologies to ensure integrated security of telecommunications, communications and energy efficiency, make it possible to carry out a predictive calculation of economically important indicators and associated costs in a competitive environment.

10. A METHODOLOGY OF ASSESSING THE EFFORTS OF THE PROJECT TEAM MEMBERS IN ACHIEVING THE GOALS OF THE IT PROJECT (с. 94-104)
Natalya O. Nikulina, Anna I. Malakhova, Valeriya I. Batalova, Ufa State Aviation Technical University, SIBINTEK IC LLC
Annotation

Competitiveness of the IT company, whose main activity is software development and implementation, in modern conditions is determined by its ability to implement several projects simultaneously, providing consumers with a high-quality product in the shortest possible time with minimal costs. However, the peculiarities of software development (immateriality of the final product, dependence on relationships between the project team members, tight deadlines and limited number of resources) do not allow effective monitoring of the project progress using generally accepted methods. Therefore, it is necessary to develop an alternative tool for assessing the status of the IT projects, as well as a way to identify timely the reasons for changes in individual project indicators. The problem can be solved by joint application of the methods of process and project management in considered subject area. In particular, it is proposed to develop a balanced scorecard of the IT company, based not only on the indicators of structural divisions, but also on the indicators of the IT projects. In turn, an each IT project balanced scorecard is linked to the functional structural works decomposition of each of the software development iterations, conducted using Scrum methodology. This allows at the level of the IT project individual indicators to determine the role and efforts of each of the project team members to achieving the operational goals of the project and the strategic goals of the IT company as a whole. Proposed methodology is applicable for setting priorities for parallel projects in order to reallocate resources in a timely manner, as well as for justifying the distribution of the IT company's budget for the projects up to individual employees, taking into account the grading system within the professional standard of project roles.

The work is devoted to the design and development of a software package for automatic calculation of parameters and further selection of water supply stations. Based on the calculations performed, the software package allows you to form a technical and commercial proposal for the equipment supplied. Particular attention is paid to the selection of the parameters of the pumping station according to the data on the head and flow rate at the operating point. This is an important task in the absence of completeness of data provided by equipment manufacturers

Forecasting production and economic indicators of agricultural production is relevant for drawing up long-term plans and programs for the development of the agro-industrial complex at various levels: a region, a municipality, an agricultural producer. This paper describes the created software package that allows predicting the yield of agricultural crops, labor costs for obtaining products, production volumes, financial indicators for the medium and long term. For prognostic purposes, the functions of growth with saturation were used: asymptotic and logistic. The software package has been tested on data from municipal districts and agricultural enterprises of the region. With its help, significant models are determined that make it possible to make forecasts with different lead times, as well as to evaluate prognostic values, taking into account different conditions of agricultural enterprises