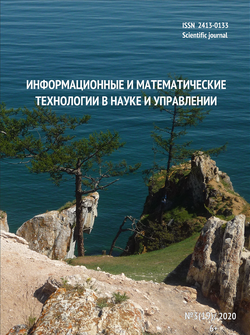 Currently, ontologies have become the most popular means for formalizing and systematizing knowledge. In this regard, there is a need for a technology that allows to involve specialists in specific subject areas in the process of building ontologies. To support this technology, A.P. Ershov Institute of Informatics Systems is developing a system for the automated construction of ontologies of scientific subject domains based on ontology design patterns. The paper presents an approach to the development of an Internet resource that supports the use of such patterns in the construction of ontologies.

The article discusses the results related to one of the specific tasks of environmental research: scenario modeling of the water resources state. To support scenario modeling, several interrelated ontologies are being developed: an ontology of component-oriented scenario modeling of complex objects containing information about the structure of models and the principles of their construction and an ontology of water objects that utilizes data and knowledge from third-party information models of water resources, as well as based on the analysis of scientific and methodological literature and open sources of monitoring data for water objects of the Irkutsk region. For the approach testing a well-known mathematical model balance model of changes in the hydrological and ecological characteristics of river mouths was chosen.

The article describes the main stages of ontological engineering of energy risks of the fuel and energy complex. The use of ontologies allows you to formalize the available information, and the use of ontological engineering allows you to structure knowledge about the subject area. The use of ontologies makes it possible to subsequently move to the technology of expert systems, which in turn should subsequently facilitate the process of decision support. In addition to the use of expert systems, the article also describes the use of Bayesian trust networks. It is the combination of the approaches used that makes it possible to obtain new results. This work is being carried out within the framework of a joint international project of the RFBR and the BRFFR.

4. ON THE CONSTRUCTION OF ARTIFICIAL INTELLIGENCE SYSTEMS BASED ON THE EVOLUTIONARY DEVELOPMENT OF SCIENTIFIC KNOWLEDGE (с. 34-42)
Boris P. Korolkov
Annotation

The article outlines the problem of constructing an artificial intelligence
system as a ranked knowledge processing system. Thermodynamic analysis of
nonequlibrium (with gradients) objects of different nature allows us to study their
evolution within the framework of self-organization. Their self-structuring that is
similar in many ways looks like a tree and it is described verbally (in terms of branch of
knowledge) forming its nomenclature. Introduction of numbers corresponding to the
numbers of ranks and the spots of specific names in the ranks leads to a digital model of
the evolving entity. Similarly it is possible to build up digital models for other branches.
At the initial stage of digitization of branches we can confine ourselves to threedimensional
matrixes of development consisting of cell-taxons. The principle of
uniform coding in multilevel rank structures of object evolution for standardization of
data base and knowledge base coordination within ontology approach has been
accepted. Thus a complicated diversified system reaches the AI level which technical
implementation assumes application of the system theory and system analysis
techniques.

To improve the quality of transient processes in automatic systems with a lag exceeding the largest of the object's time constants, parameter switching in the PI controller (RPC) is used. One of the problems arising in the industrial implementation of the RPS is to determine the optimal tunable parameters that deliver the extreme value to the adopted optimality criterion. Since the RPS is used and an object with a delay is considered, it is difficult to use analytical approaches to adjust it. This leads to the use of algorithmic methods. The proposed algorithm is based on a gradient procedure, in which the components of the gradient are calculated using the sensitivity functions with their known advantages. In this work, sensitivity analyzers are formed, which can be the basis of algorithms for automatic parametric optimization (APO), calculating, based on the minimum of an integral type criterion, the optimal tuning vector of the considered PI controller.

7. ON THE NEED TO EXPAND PLANNING AND FORECASTING SPACE OF ELECTRIC POWER INDUSTRY TO LABOR SPHERE (с. 65-72)
Ekaterina V. Lyubimova, Institute of Economics and Industrial Engineering Siberian Branch of the Russian Academy of Sciences
Annotation

Labor sphere, as a rule, is not represented in the program and supporting documents of the energy sector, although labor is an economic factor in the functioning and efficiency of the industry. Using the methods of a systematic approach and economic analysis, a study of labor sphere of large power engineering was carried out, several of its pain points were identified, in particular, the unfavorable dynamics of industry productivity, information difficulties. The conclusion is made about the need for more attention to the energy personnel - their official monitoring, productivity, ensuring the general availability of such data. Proposals are substantiated: to extend the methodology of planning and forecasting the development of electric power industry to labor sphere, to manage the dynamics of labor productivity, to include sections on labor in reporting and forecast documents, in substantiating materials

In the article, the results of modeling of long standing time series with using the method of multilevel division of sequences were presented. The upper level of the selected series reflects favorable conditions of obtaining products, the lower one characterizes an unfavorable situation, and the intermediate one indicates a certain averaged version of the activity of an agricultural enterprise. At same time, linear and nonlinear trends with saturation level were used, which make it possible to predict indicators of biological productivity of agricultural crops in favorable, unfavorable and average conditions for medium and long term perspectives. The proposed multilevel trends in the parametric model of optimizing of production of agricultural products were applied. The models on real objects were implemented. These models can be used to management agricultural production

The paper presents an approach to the development of an information- analytical Internet resource to support of solving compute-intensive problems of mathematical physics on supercomputers. The basis of this resource is a multilevel ontology, which is built using ontologies of scientific knowledge and scientific activity. For effective information and analytical support of users, it is very important to provide a detailed systematized description of parallel algorithms and architectures, a fairly complete description of available software components that implement parallel algorithms and fragments of parallel code, available parallel architectures and devices used in them, as well as publications and information resources describing this problem area.

An approach to the development of an information model describing the relationship between social and economic factors of innovative development of the Russian Federation region is proposed. The research applied dialectical approach, methods of system analysis, statistical groupings, factor and cluster analysis, information modeling based on information networks, machine learning, neural network models, fuzzy logic, etc. The developed mathematical model and software package can be used in the work of investment departments and target programs of regional administrations to increase the effectiveness of the state social policy in the country